Gay Harem Review - Fulfill Your Fantasies In the Game

If you’re into stuff like adult games, Kinkoid is one of the most popular companies that creates the best ero-games for android. Their newest title is called Gay Harem. This app is available in Android IOS and Windows. The game which was released in Dec 2019, has gained the attention of ero-game enthusiasts. The gameplay itself contains contents like funny scenes and spoofs of other anime scenes.

The main story of Gay Harem focuses on the main character going on an adventure in a place called the Harem Verse where the protagonists or the player will create his own harem and fight different enemies.

The gameplay is typical of much ero-games where the game focuses on sex and adult stuff. You can also use different sex positions and meet other characters to add to your harem. The mechanics function much like a visual novel where a choice in action can end in different scenarios. Gayharem sex scenes are very much detailed and also includes some funny scenes that bring a different mood to playing the game. All in all the humor in the game is also another thing that players love about Gay Harem. 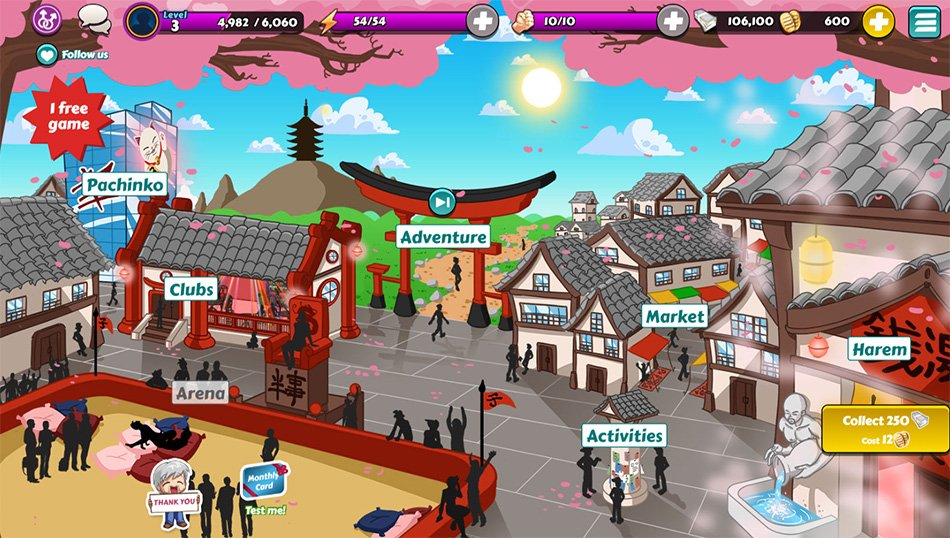 The creators of the game put a great emphasis on the graphics of the game as it is a ero-game. The scenes and characters are greatly detailed. Even the animation and the effects on the game are far from average given that it is a 2D game. For those that love playing visual novels, the game is a must try at the least.

Since Gay Harem has some visual novel elements to it, the story has a great impact on the gameplay itself. The main goal of Gay Harem is to make a harem of other characters that will do what you want. In Adventure Mode, you will have to meet and defeat different characters and convince them to join your own harem.

The controls are just point and click and do not require many fast hand movements. The menu and screen will change depending on the flow of the story and how the game progresses.

Like most games, the only way to strengthen your character is to go on an adventure and earn XP and money to ease your way through the story. You can also do events on the Tower of Fame and Arena of Champions to claim some awesome rewards that can help you progress in the game. 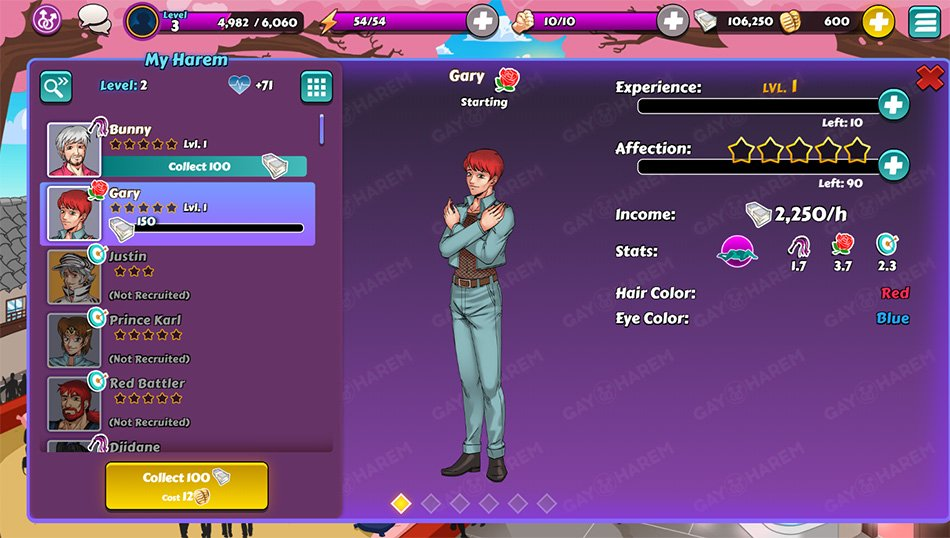 It is where a player can create a club to unlock other characters but it requires a minimum number in your harem to join.

This is where materials and things that can be used to upgrade your character can be purchased.

This is where a player can see all the info about the harem and its characters. This is also where Affection and Level are upgraded.

Is like the gacha part of the game where you can get all of the rare guys and other items in the game.

Basically, the ranking system in the game where players compete with other players and also challenge other clubs.

The part of GayHarem where players can fight up to 3 opponents in a sex game and earn additional points and rewards.

In conclusion, Gay Harem contains all of the necessary elements of a good ero-game. The story and combat are unique and it also has the customizations that are found on most RPG games. The game also has events that change every once in a while with unique rewards and quests. For a 2D based game, the animation isn’t that lackluster like most other games of the same genre. For people that are into these kinds of games and such, Gay Harem is one game worth playing.